General bankrupt on the construction site 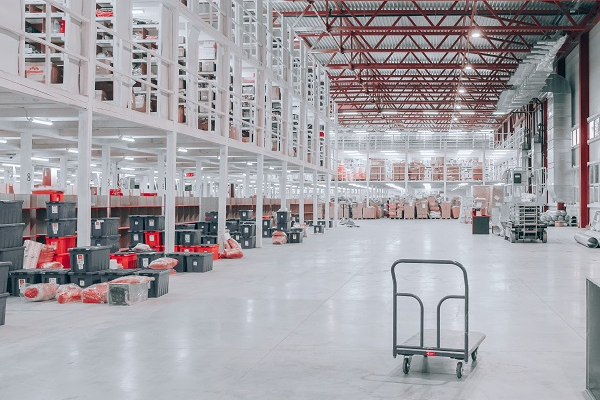 How do you protect yourself from warehouse contractor bankruptcy?

Building a warehouse is a demanding undertaking, especially for an investor who is not a warehouse developer and does not have the expertise to handle complex construction projects. And most importantly – who has normal operations on its mind (because it cannot be suspended until construction is complete…).

Necessary steps in the construction process include:

The whole thing is a complex undertaking, the success of which depends on many factors. General contractor bankruptcy can turn out to be a stick put in the spokes of the construction process (or even a log, given the potential scale of the problems). This article provides a list of recommendations for the investors the implementation of which can reduce the risk of problems should this situation arise.

The investor should look for a contractor who not only has the necessary competences, but is also financially stable enough (and will present a strong enough collateral) to give comfort that in case of any crisis on the construction site there will be a real chance for the investor to satisfy its claims, and especially to complete the commenced work.

It is worth considering different means of verifying the contractors. In addition to the invaluable recommendation, gossip and “community news”, it is worth digging into the harder financial information available, for example, here:

• debtors registers and commercial databases (e.g. Bisnode database);
• Altman index (Z-score) helping to estimate the risk of the future bankruptcy;
• financial statements, which have been accessible through publicly available electronic systems for some time.

When evaluating a contractor, it is also worth pausing to consider its organizational structure. Will the construction be carried out by a special purpose vehicle set up as part of the group of the general contractor, or are all its constructions “in one bag” – carried out by the same company? The disadvantage of the first solution is that in certain situations it is much easier to “make the SPV declared bankrupt” – without much damage to the group. Whereas the disadvantage of the latter is that an investor carrying out even the simplest construction may find out that the contractor is going bankrupt because of investment problems at the other end of Poland.

Finally, it is worth noting that the stability and solvency of the contractor established at the outset (when evaluating the offer) is not guaranteed forever – there are known cases of even large contractors who, over the years, have fallen into financial trouble or even bankruptcy. Therefore, the to-do list must also include the need for ongoing monitoring of the situation (see section 3 below).

Another important risk mitigation measure is the appropriate wording of the construction contract. The content of such a contract and the possibilities of negotiating it in an optimal form is a topic so vast that a whole series of articles could be devoted to it. Here, let us just flag some of the most important issues from the perspective of the general contractor bankruptcy risk.

1. It is worth regulating the issue of settlements in such a way as to make payments for specific, completed stages of the work.

Thanks to this solution, the investor reduces the danger of spending funds allocated for work that will not actually be performed (the chance that the trustee will successfully complete the construction should be considered very small).

2. A condition of payment should be providing statements of subcontractors confirming that they received their remuneration.

Construction works regulations provide for joint and several liability of the investor for the remuneration of subcontractors. The purpose of this regulation is to prevent a situation in which the investor – despite having paid the general contractor – will have to pay the subcontractors again, and will have to apply to the bankruptcy estate for reimbursement, which in most bankruptcies means that the investor will never see the money (or a significant part of it).

3. Among the means of securing the general contractor’s performance are primarily bank guarantees. For large, not symbolic, amounts.

A bank guarantee is the safest security measure. Not an insurance guarantee (which can be difficult to enforce); not a surety (which requires a separate lawsuit in the event of a dispute); not even a deposit / retained amount (which trustees often try to force to be returned in the event of bankruptcy). Enforcement of a bank guarantee is independent of contractual provisions (the bank cannot evade payment by invoking the contract), and of the contractor’s situation (including its bankruptcy).

The above points include a “minimum program” of contractual provisions that reduce the risk of contractor bankruptcy. The purpose of including them in the contract is to prevent a bad scenario in which the investor pays for work that has not been performed, then pays the subcontractors (harmed by the general contractor) again, only to end up paying a third time for the removal of defects discovered after the acceptance.

Monitor the situation of the contractor and on site

The scouts’ greeting “be prepared!” also applies to construction sites. The investor can breathe easier only after the final acceptance (or actually after the expiry of warranty periods, although the scale of potential problems after the acceptance will certainly be smaller). Beforehand, exercise extreme caution and keep monitoring the progress of work on the site. Any delays, conflicts with subcontractors, perceived shortfalls in construction material orders, and limited site activity are all significant warning signs that should be watched closely.

Important warning signs of potential bankruptcy also include “management evacuation”. If, for unknown reasons, long-time managers disappear from a contractor’s management board and new people appear (especially young ones without experience and professional history), it may mean that strawmen appeared on our construction site… It is important to pay attention to this because bankruptcy is always a risk for directors – in case of late filing for bankruptcy they risk criminal and civil liability (they may be liable with their own assets for the debts of the bankrupt contractor); they also may have professional problems due to possible ban on holding positions in management boards. Therefore, it is not uncommon for a manager who foresees the possibility of company bankruptcy to step down from the management board out of caution. It is therefore worth monitoring such situations, which in the era of electronic KRS (National Court Register) is a relatively simple task.

Another tip is ongoing attention paid to claims management issues. The suggestion to implement claims management procedures on an ongoing and organized basis is universal advice – on any construction site, it can save a lot of trouble and just as much cost (not to mention increase the chances of avoiding a burdensome lawsuit). In the context of a potential general contractor bankruptcy, it is all about the ongoing collection of materials that will assist in the discussion (or dispute) with the trustee as regards the completed stages of work (and their defect-free nature). An example of a situation we want to prevent is when the trustee demands payment for work that was not performed by the bankrupt, but by a substitute contractor to whom the investor had already paid for the work (and probably more than according to market valuations, because the investor had to appoint the substitute contractor on an emergency basis, as it was forced to do by the bankruptcy of the original contractor).

As we begin construction, we hope for a smooth completion. However, it is worth preparing an alternative plan of action in advance that takes into account the risk of general contractor bankruptcy.

Such a plan B should address the issues discussed above. However, it is worth supplementing it with the points below:

• providing in the construction contract for grounds for termination, which will make it possible – to put it bluntly (though brutally) – to get rid of the contractor in the event of its financial problems (this is not a simple matter and requires the use of legal and sometimes economic skills, because bankruptcy regulations prohibit the termination of contracts on the condition of declaring bankruptcy or filing a petition for its declaration);

• ensuring the possibility of a smooth transition from the general contracting system to the so-called “construction management”, i.e. direct management of the scopes of work of individual subcontractors (the idea is to easily “redirect” the construction process in such a way that the subcontractors – who perform individual scopes of work anyway – after the general contractor’s bankruptcy continue their work, being responsible for their implementation directly to the investor, often assisted by a construction manager, i.e. a coordinator of the contractors’ work);

• preparing for problems with the trustee, especially in terms of its attempts to recover the deposit (retained amount) and withdraw from the contract (at the time least convenient for the investor).

Contractor bankruptcy during construction is sure to cause headaches for the investor. On the other hand, it is not the end of the world either, and taking the above tips into consideration may allow you to complete your warehouse fairly painlessly. That is why it is worth implementing these tips, especially since the current momentum in the logistics market means that the largest and most stable warehouse contractors may be busy months ahead. As a result, even those investors who are normally willing to pay more for their services may be forced to seek out less experienced contractors with weaker financial standing.

The authors of the text are Sławomir Lisiecki and Adam Miłosz. This article was published in Eurologistics magazine on 9 July 2021 (written in Polish).