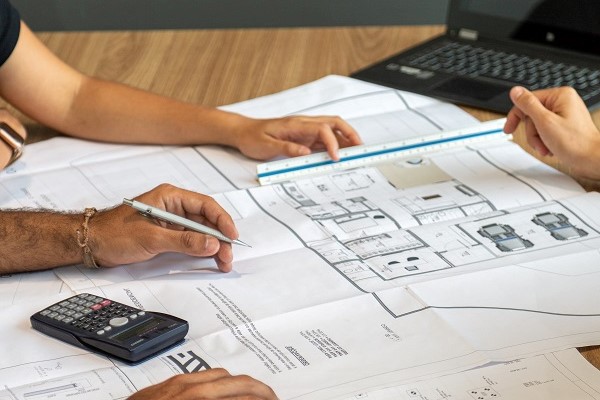 It might seem that most of the costs included in the service charge are already a market standard. However, practice shows that some of its elements can still arouse a lot of emotion and be a subject of lengthy negotiations. This is because not always the simplest solution from the tenant’s perspective, i.e. removal of some costs from the service charges catalogue, will mean a real benefit for the tenant. On the contrary, reducing such costs may result in lowering the standard of services provided in the future. The catalogue of costs and their amount is influenced by a number of variables. Before selecting a real estate or renegotiating a lease agreement, it is worth to get acquainted with the specificity of these factors, so that the agreement worked out is tailored to the specific needs of the business we run.

In the lease agreements currently operating in the real estate market, including warehouse leases, most of the costs associated with the current operation of the real estate are transferred to the tenants. This is due to the fact that “triple net” leases, otherwise known as net – net – net (NNN) leases, are now a standard. This is one of three ways of determining how costs are shared between tenants and landlords. A “triple net” agreement means that the rent in the lease is specified as a net value, i.e. without taking into account additional costs. In other words, the tenant is required to pay in addition to the base rent:

• real estate taxes,
• property insurance and
• costs of repair and maintenance of the property.

All these costs, in addition to the rent, make up the so-called service charge (also referred to, depending on the agreement, as operating costs or common costs).

Some tenants consistently defend themselves against the inclusion of certain costs by landlords in the service charges catalogue. To this end, they use various measures aimed at reducing these charges, which in their opinion are unnecessary.

One of the demands most frequently raised in practice by tenants is the restriction of the catalogue of service charges to a closed list, which would remain unchanged throughout the term of the lease. In practice, this means there is no possibility of adjusting the catalogue of costs to changing legal regulations, the situation in the market or growing expectations of tenants.

In the opinion of many tenants, an open-ended catalogue of service charges gives the landlord the opportunity to charge tenants any unreasonable costs. However, it is worth emphasising that service charges are not the cost component on which landlords earn. The remuneration of the landlord who incurred the cost of construction or purchase of the property is the base rent. Other payments related to the maintenance of the real estate are costs that the tenant would have borne in any case if it had built or bought the building itself.

While closing the catalogue of costs, advocated by some tenants, will be difficult to agree (e.g. due to the expectations of investors or banks financing the project), the use of a catalogue of exclusions may turn out to be a compromise solution for both parties. On the one hand, it leaves the landlord flexibility and does not expose it to costs that were not included in the catalogue of service charges agreed with the tenant and that may arise in the future. On the other hand, it allows tenants to exclude specific costs that they are concerned about. These are often costs whose exclusion from the catalogue of service charges will not be controversial for the landlord. In the case of warehouse space, these may include, for example

• costs incurred by the landlord exclusively on behalf of a particular tenant;
• costs of litigation with specific tenants;
• CAPEX costs, i.e. costs associated with capital expenditure on the property;
• income taxes or
• costs of negotiating leases with other tenants.

As mentioned at the outset, a number of elements influence the catalogue and amount of service charges. Not all of them will be negotiable or possible to exclude, as mentioned above. Some of the costs result from the nature or standard of warehouse facilities. Therefore, when tenants are looking for savings in service charges, it is worth paying particular attention to certain factors already at the property selection stage, as they may have a significant impact on the amount and the way the charges are shaped in the future.

Age of the warehouse

The age of the warehouse in which the tenant intends to lease space is an important factor that may affect the operating costs incurred by the tenant. It should be expected that in the case of new facilities, they will not require major renovation work. Also, the question of possible extension or modernisation plans in the case of new facilities, even if to some extent they were to constitute an element of service charges, seems to be hypothetical. In the case of new buildings, the costs of maintaining the property will probably come down to small, ongoing expenses, in respect of which there should be no doubt that these are so-called OPEX costs (operating expenditures). They can include, for example, maintenance of equipment, current repairs, maintenance of roads, yards or green areas around the warehouse.

In the case of older properties, higher expenditures may be necessary. In the case of certain expenditures, the question may arise as to whether these are still OPEX costs, i.e. standard maintenance fees, or rather CAPEX (capital expenditures), i.e. investment costs. CAPEX costs may include e.g. replacement of roof sheathing in a building or purchase of new installation elements. Unfortunately, distinguishing between these two types of costs is often not as easy as it may seem. Therefore, already at the stage of negotiations, it is worth to specify which particular costs will be excluded from the service fee.

Another factor influencing service charges may be additional services offered to tenants. The highest class warehouses are equipped with a number of solutions convenient for tenants, starting from such solutions as car parks for cars and trucks, maneuvering areas, 24-hour security or monitoring, to the so-called environmentally friendly solutions, such as energy-efficient lighting. In the case of warehouses in the portfolio of foreign funds, energy-efficient solutions are already a standard. In the past they were not very popular, because they were connected with additional expenses.  With the passing of time, it has turned out that they can represent real savings for both tenants and landlords. Thus, the requirements connected with the so-called “green certificates”, although they may constitute an additional element of service charges, do not necessarily have to mean their increase; on the contrary, in the perspective of a long-term lease, they may constitute savings.

In addition to the more general factors indicated above, which a tenant may take into account already at the stage of choosing a property, the individual elements of the costs covered by them may also have a real impact on the amount of service charges.

When renting warehouse space located in urban areas, it should be taken into account that a relatively large part of service charges will be the perpetual usufruct fee. This is a fee paid by the perpetual usufructuary on an annual basis and calculated on the basis of the value of the real property, which may vary over time. This fee, which is important from the perspective of the tenants, may be updated through written notice of termination of the existing fee amount, e.g. as a result of recognition by the state authorities of the increase in the value of the property. Therefore, tenants must take into account the fact that in the case of updating the fee, the amount of the service charge will also increase.

Another important element of the service charges worth noting, specific to multi-building warehouse complexes, is the division of building costs and the costs of the entire complex. The tenant’s share in the service charges may include both a share in the building (costs are then allocated to its tenants in proportion to the area of premises) and a share in the entire property (costs are usually allocated to individual buildings, and then – within them – to individual tenants of premises located in them). From a tenant’s perspective, it is important to allocate these costs in such a way as to avoid double charging of the same costs to tenants.

Experience shows that despite the sometimes different concepts of assigning given costs as service charges by the parties to a lease agreement, charging tenants with unjustified costs is rare today, if it happens at all. The very high competition in the warehouse market and the business approach of landlords who do not generate income from service charges have resulted in the elimination of situations that occurred in the market several years ago and which some tenants still fear.

The authors of the text are Aleksandra Reke-Krzyszowska and Sławomir Lisiecki. The article in Polish was published in Eurologistics magazine no 5/2021.