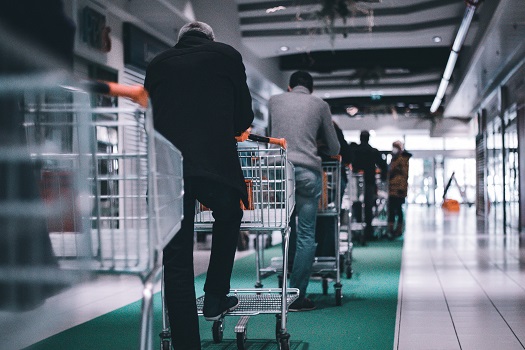 Tenants of shopping centres ask landlords, and sometimes even demand that they undertake specific actions (e.g. reduce rent). Some of these letters include an ultimatum: “in lack of agreement, we will terminate the lease”. Therefore, a question rises whether it is actually possible for such tenants to terminate the agreements on the basis of the Civil Code?

Let us start from recalling the chain of events preceding the current situation:

It has been already said so much about the quality of the legislative work of the authors of Article 15ze that it is not worth mentioning it again. The number of ambiguities included in this Article gives much scope for interpreters in law firms to shine, and not only there. The Polish Development Fund issued a “Guidebook” with its own interpretation, including a foreword and photo of the Prime Minister – most likely to add eminence, however, Polish legal system does not provide for authentic interpretation delegated by the legislator to a joint-stock company, even such as the Polish Development Fund, therefore, it has not improved the situation, or rather to the contrary – do we actually expect that the judges – at least in some part with not necessarily favourable attitude towards the government (generally speaking), will take into account the interpretation promoted by the organization associated with the government?

Nature abhors a vacuum, that is why some practice starts to form (also with our – lawyer’s – participation: we have spent tens of hours lately analysing to which tenants, for what, for what amounts, for what periods (etc.) the invoices may be issued). It can be however expected that Sejm’s printers will start running again, the Article will change, and the invoices sent to hundreds of tenant will be again corrected (“again” because Article 15ze regulated the period preceding its coming into force. This, however, is a topic to be discussed some other time.

When the epidemic exploded and activity in shopping centres came to a standstill, on both sides of the “front” (on tenants’ and landlords’ side) the legal teams were receiving hectic instructions regarding analysis of possible measures the tenants were entitled to. Most often there were indicated institutions such as: no possibility of performance, legal defect and rebus sic stantibus clause. The first two allow in some cases to terminate the agreements, the last one – to apply to the court for (i.a.) termination of an agreement when due to unexpected extraordinary change of relationship fulfilment of performance would be connected with excessive difficulties or threat one party with a glaring loss. As a side note, it is worth to indicate that using this option in the provided time seems illusory – the courts (already paralysed by exchange of blows between the government, National Council of the Judiciary, Supreme Court, Constitutional Tribunal, Court of Justice of the European Union, judges associations, etc.) will face a titanic task of dealing with a multitude of cases interrupted by the epidemic, as well as the disputes which will explode after the dust after the epidemic settles. Not to mention the amount of work the bankruptcy courts will have…

Does the Anti-crisis Shield affect the possibility for tenants to exercise the above rights?

The shield suspends the possibility of termination

We can see one positive aspect of Article 15ze for owners of shopping centres. When reciprocal obligations under leases are deemed “expired”, the possibility for the tenants to effectively use the above instruments is significantly limited, if not completely excluded.

Since this is the gist of this article, persons busy with saving their companies during epidemic are exempted from further reading. Those interested (and lawyers) – we invite to continue.

No possibility of performance

Article 15ze causing “expiry” of reciprocal obligations of parties gave rise to a legal situation in which it is hard to talk about no possibility of performance by the landlord. The Civil Code defines the obligation in Article 353, stating that “an obligation shall consist in that the creditor may demand performance from the debtor and the debtor shall render the performance” and explaining that “the performance may consist in acting or in refraining from acting”.

As a consequence expiry of the landlord’s obligation means that it is not obliged to perform the obligations resulting from the lease (e.g. to maintain the object of the lease in a condition fit for the agreed use), and the tenant may not demand performance of these obligations.

Therefore, in our opinion, when the reciprocal obligations are “expired”, the landlord is not obliged to perform the obligations under the agreement. As a consequence, the “expired” obligation of the landlord may not become impossible, and the tenant may not effectively renounce the agreement invoking partial impossibility of performance by the landlord, pursuant to Article 495 §2 of the Civil Code.

Tenant’s use of their premises is currently limited, which in the event the Article 15ze did not exist, could give possible grounds for arguing that there occurred a legal defect “rendering it impossible to use the thing as provided for in the agreement”, which – in the event it is not made good “within an appropriate time”, or it is established that it cannot be made good (please see Article 664 §2 of the Civil Code) – could give an argument supporting the possibility to terminate the agreement.

We think that the landlord defending itself against termination of the lease by the tenant could state that currently (i.e. at the time the obligations are “expired”) one cannot talk about “using the thing as provided for in the agreement” because the provisions of the lease defining the use, which are part of the landlord’s obligations, are temporarily expired.

Moreover, basing on the experience of other countries, as well as the announcements of the representatives of the government, it may be reasonably expected that the economy will be gradually “defrosted” and the ban on tenants’ activity will be, in the foreseen future, lifted. It clearly indicates that even when assuming that currently we can talk about the legal defect of the premises, such defect is not permanent or it can be made good within “an appropriate time” (current bans have been in force for about 1,5 month which constitutes 2,5% of the term of the most popular agreements executed for 5 years, and only 1,25% of the agreements executed for 10 years).

Article 15ze does not exclude the possibility for the tenant to invoke the extraordinary change of relationship. What is more, paragraph 4 of this Article states that the “provisions of paragraphs 1-3 do not affect the appropriate provisions (the Civil Code) regulating the obligation relationship in the states in which the legal limitations on freedom of business activity are introduced.”

It is not clear for what purpose the legislator introduced this paragraph. Trying to reasonably interpret it, we think that its purpose is underlining that the parties may still request that the court, pursuant to Article 357 (1) of the Civil Code change the agreement they are bound with or even terminate it, if performance of the obligations resulting from the agreement would be connected with excessive difficulties or would threat one party with a glaring loss.

However, also in this case, in order to talk about excessive difficulties or a glaring loss caused by performance of the obligations in accordance with the agreement, in the first place the party has to have an obligation of performance. And since reciprocal obligations of the parties and performance resulting from them are temporarily expired, the Tenant currently is not obliged to perform them, and as a consequence to “trouble” itself with performing them and to suffer any related loss, not to mention a glaring loss.

Perhaps the legislator adopting Article 15ze paragraph 4 rather thought of the situation of the parties in the period after the activity ban in shopping centres is lifted, when e.g. tenants decide that the economic environment has changed to the point that they have no chance to return to carrying on profitable activity in shopping centres and try to cause change or termination of these agreements by the courts. This cannot be excluded, yet how it will work in the post-pandemic reality is hard to predict, especially in the light of the situation at the courts described above.

The article was published in the Rzeczpospolita website (in Polish): https://www.rp.pl/Firma/304249926-Tarcza-antykryzysowa-zawiesza-kodeksowe-mozliwosci-wypowiadania-najmow-w-galeriach.html

The authors of the text are Adam Miłosz and Sławomir Lisiecki.

Powrót do blog
The data controller is ARGON LEGAL Adam Miłosz i Sławomir Lisiecki sp.k. with registered office in Warsaw. More information on the processing of personal data can be found in the Privacy policy.Zgoda